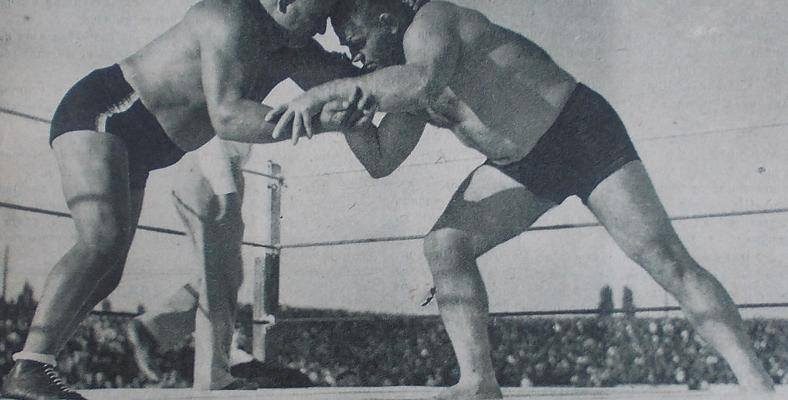 Today I will tell you the unusual story about one of the OGs of Catch as Catch Can, world champion and twice holder of the Diamond Belt, the most famous CACC wrestler of Bulgaria, the great Dan Koloff!

Born 27th of December 1892 as Doncho Kolev Danev, he was brought up in a very humble background. His father died when he was only 7 and he had to work as a shepherd to survive.

Later on he moved in Austro- Hungarian empire, where he trained with another famous wrestler from Bulgaria, Nikola Petrov, who convinced him to emigrate to USA.

Dan Koloff arrived in USA at the age of 17 and began working as a railroad constructor, where he quickly became famous because of his physical strength. He was known to twist railroad metal rails around his neck and winning all wrestling matches, organized between fellow railroad workers for entertainment.

One day the traveling circus “Victoria” held a show, where the director of the circus set a challenge to anyone in attendance, to outwrestle the circus champion Jeff “The Cyclope” Lawrence.

Dan Koloff was in the crowd and took the challenge, overpowering The Cyclope, winning the bet. and ended up working in circus “Victoria” as a wrestler, before been discovered by the professional Polish wrestler Zbysko Cyganiewicz who became his mentor and refined his techniques.

By 1920, he was already famous enough to consider his career more seriously, and he adopted the name Dan Koloff. The media took to him, adding a bunch of sobriquets to his name, such as The Balkan Lion, King Kong and King of the Catch. In the 1930s, Dan Koloff’s fame reached Europe, where he became heavyweight champion in 1934 and 1937.

Dan Koloff won the Diamond Belt twice, defeating the OGs of CACC at the time, Ed “Strangler” Lewis, Rudy Dusek, Henry Deglane and many others.

The Balkan Lion indeed had a very impressive career, although he start feeling homesick and decided to move back to Bulgaria, where he dedicated all his efforts to developing the sport of wrestling in the country, establishing the first wrestling school in Bulgaria in 1936 (by that time, folk wrestling was traditionally mainly self taught and practiced).

He was also known for his charity (the first airplane for the Bulgarian Post was donated by Dan Koloff) and he always carried sweets in his pockets, for the children on the streets.

Dan Koloff died in 1940 from tuberculosis.

In his honor, the Bulgarian Wrestling Federation started an international wrestling tournament “Dan Kolov & Nikola Petrov”, now one of the largest events on the United World Wrestling calendars, attracting the best olympic wrestlers in the world each year.

Today Dan Koloff is included in the OFFICIAL SNAKE PIT HALL OF FAME as one of the legends of CACC. 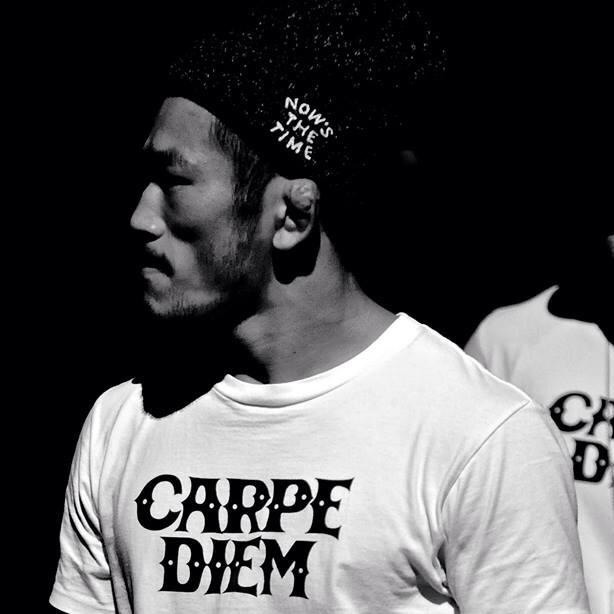 For the series of interviews, planned, I decided to start with my friend and long time sparring partner Cristiano Kaminishi, from Axis […]

Competing at the top level in every sport takes a great deal of dedication and sacrifices. The elite athletes on top […]

Last Sunday, October 11th, we went to Shudokan, Osaka, for dan grading tournament. Here are some of the matches: