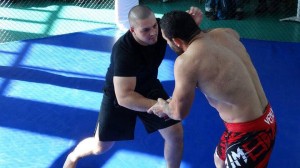 On 2nd of November, in Bulgaria, Sofia was held an open event, as a part of the world tournaments of the International Federation of Combat Wrestling.

As a chairman, I presided over the tournament, together with the representative for Bulgaria, Kamen Georgiev and also took part as a main referee. 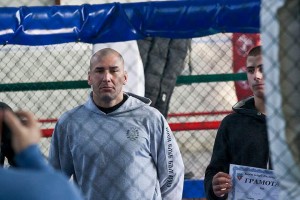 We had a short rules meeting, where I explained some main points of Combat Wrestling, basic strategies, and particularly for this event- the first grappling tournament, held in a cage in Bulgaria. A few of the participants were MMA fighters, well versed in cage use, but for some of the other guys, that aspect brought some unexpected difficulties. 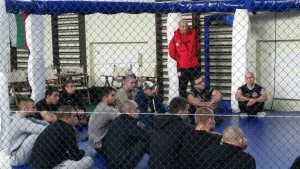 From the first fight, things got intense and I was surprised to see how advanced the level of the grapplers was. Typically a strong wrestling and sambo country, Bulgaria has recently start producing some high quality submission wrestlers as well and Im sure that very soon we are about to hear the names of a few up and comers from the area.

The event saw almost no injuries and very fair play, making my day as a ref easier.

The spectators were quite amusing as well 🙂 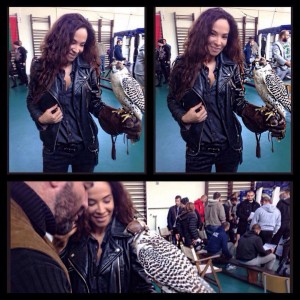 And here are some of the matches: